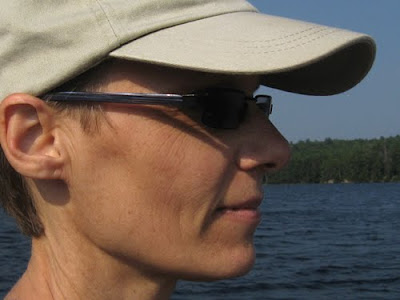 My name is Dozier Bell. I'm from Maine - my family has been here for seven generations, and though I've lived elsewhere, I've always ended up back here. The basis of a lot of my imagery comes, I think, from having grown up in sparsely inhabited spaces that seemed vast to a small child, and alive with non-human actors.

I majored in art at Smith College in Northampton, Massachusetts, got my MFA from the University of Pennsylvania in 1986, and spent the summer of 1985 at the Skowhegan School of Painting and Sculpture in Skowhegan, Maine. I was a philosophy major at Smith until I realized that visual representation of some of the concepts I was studying could make them more accessible and interesting. The idea of illustrating philosophy went by the board pretty early on when I saw that the great advantage of visual art is its ability to circumvent linear thought and bring up material from other levels.

I've been fortunate in having my work support me for most of my career. I've done a little teaching and have painted majolica pottery for another artist's business, which was fun, but anything that's not painting takes me off course - it's hard to manage, because my ego is always happy to have an excuse not to have to do my own work.

Please tell us a bit about your work in general. What media do you work in? What are the inspirations behind the creation of your work series? What is the specific message you strive to convey to your viewers? Could you discuss a bit your creative process?


I work mainly in acrylics and charcoal, though I've done quite a bit of photography in the past and am planning to do more in the near future. At one point I did a series of photomontages to help me understand the source of my imagery, and I'm at a point now where I feel the need to revisit that. 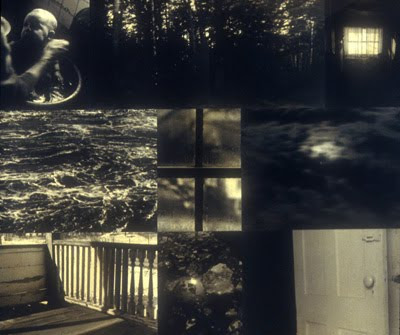 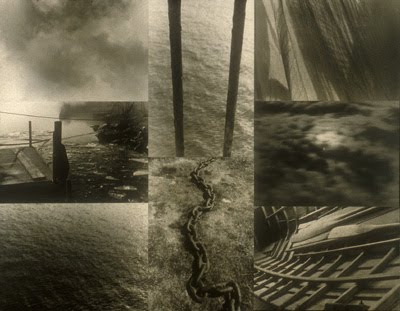 The inspiration behind the work has always been the same: the challenge of translating and externalizing an interior mental environment. Starting with abstract shapes and areas of color, and eventually incorporating information from memory and observation as I see things emerge, I'm able to develop a sense of that environment in ways that allow me to discover new things within it. It's a slow process - I spend many months to as much as a few years on a single painting, though I work on many pieces at once. 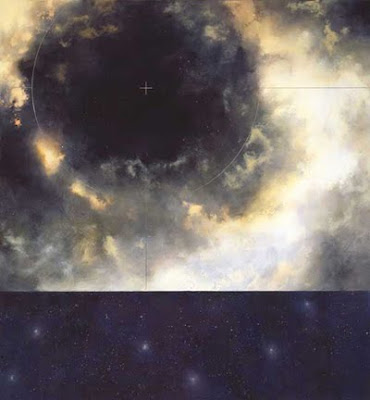 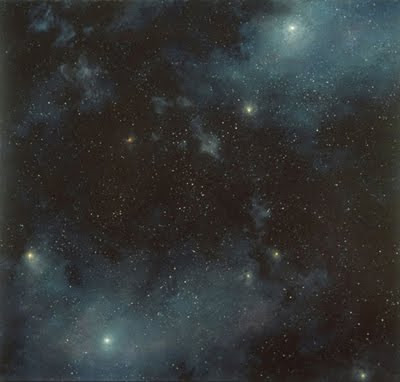 I don't strive to convey a particular message to the viewer - I'm looking for the message myself, and don't know what it is until I've had a chance to look at the finished work for a while. Even then it's seldom truly clear...or it may have implications I'd rather not go into. Writing about and/or trying to interpret the work has never been all that helpful to me. 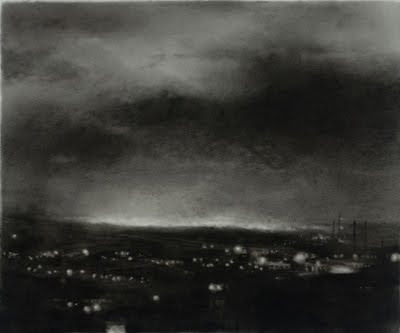 That said, many things that interest me undoubtedly have a place somewhere on the continuum between the images in the paintings and the initial, less accessible impetus for making them: the World Wars and the environments they created; the correlates between remote sensing technologies developed for warfare and spiritual/psychological life; concepts of divinity; animal consciousness; the persistence of the past in the present; the links between environment and psyche. None of those things are what the paintings are about, but they do serve at times as armatures for the less accessible parts of the process. 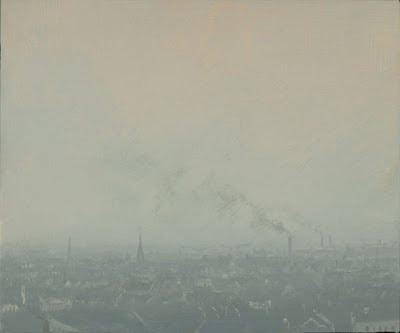 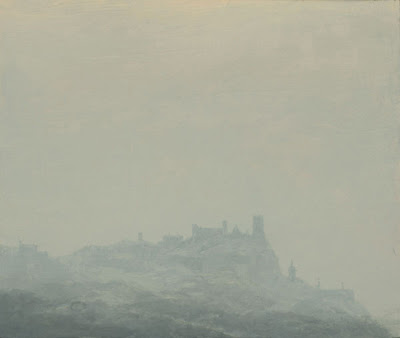 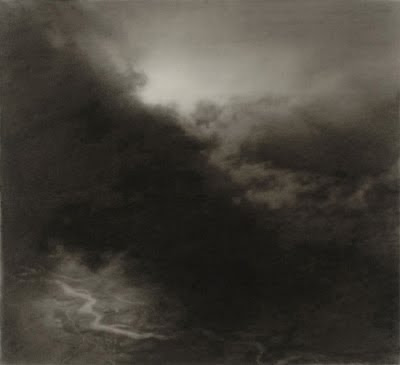 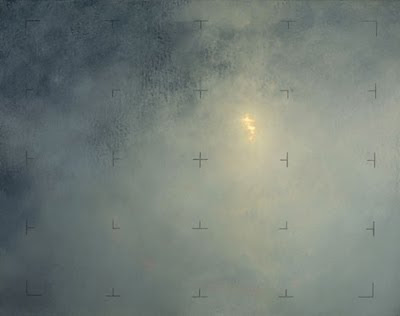 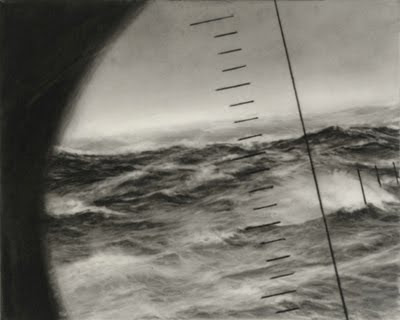 In the past year, I've begun to work with more personal imagery that has to do with the persistence of the past in the present, and with German Romantic literature and its idea of a sentient universe. It seems very relevant to climate change. 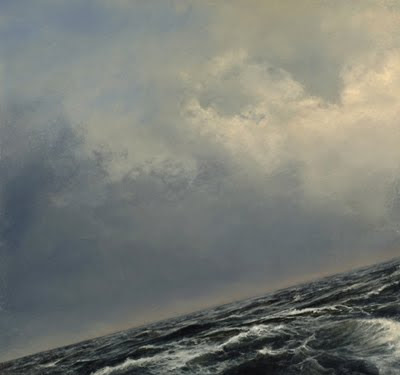 The castles are a new image that I'm still trying to make sense of. They are obviously connected to the German Romantic influence, but also to the idea, expressed so well in Poe's The Masque of the Red Death, that there is a way to protect oneself from the common fate. It's a tough image to use because it's so iconic, but it's what's coming up right now. 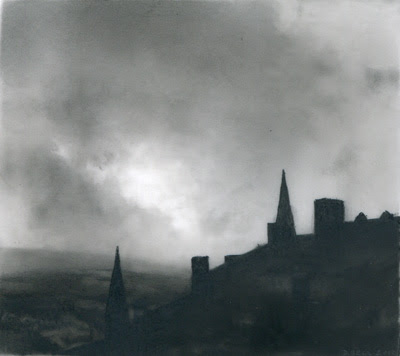 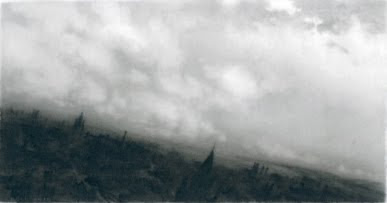 Are you currently showing your work? Are you planning any exhibitions of your work in the near future?


The current show is at the Center for Maine Contemporary Art in Rockport, Maine, through September 25th. It's titled "Momenta" in recognition of the fact that all the images are pieces of a whole, the sense of which can't be conveyed by any single one. Work in this show spans the last decade. 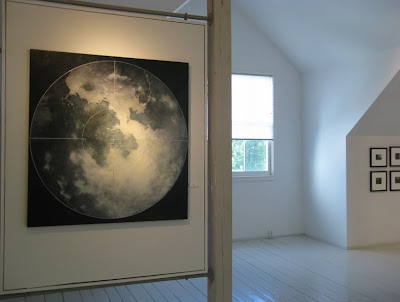 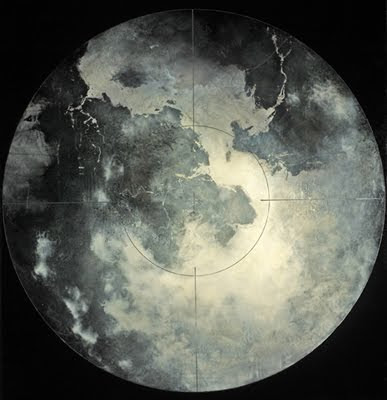 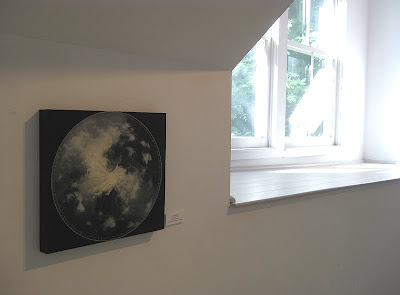 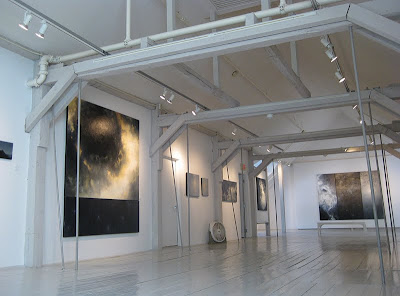 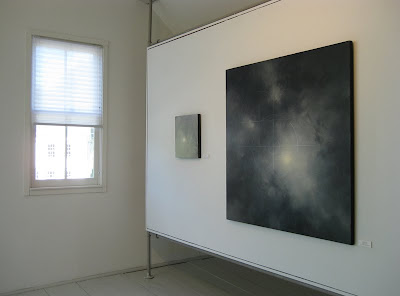 After this, I'll be having a solo show at Aucocisco Gallery in Portland, Maine in October which opens on September 30th; that show will be the most recent work from the CMCA show. 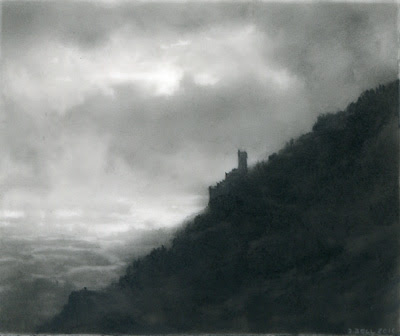 And in November, Karen Schiff, Hadi Tabatabai and I will each have one of three galleries at Danese in NYC for a drawing show that will open on November 18th and run through December 23rd. 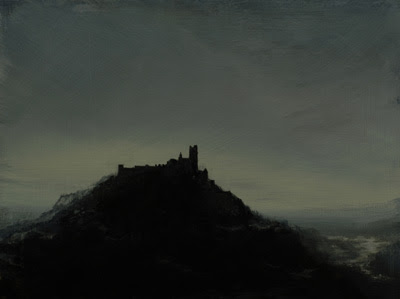 Would you care to share your experience in approaching galleries about showing your work with our readers?


Painting has been a spiritual discipline first and foremost, one in which I realized early on that I couldn't necessarily "make" any career things happen; all I could do was keep working on a regular schedule and try to get the finished work seen whenever possible. My part was in taking my work and my responsibility to it very seriously; everything else, including contacts with dealers, followed from that, and those contacts never took the same form twice. 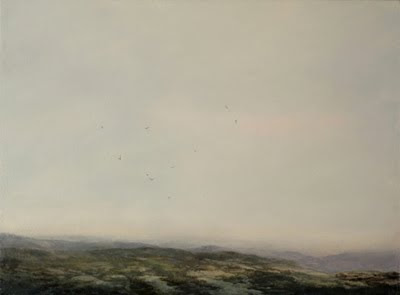 Do you offer any art classes? Are you available for commissioned works? Representing gallery if any? Do you have website(s) for interested readers to learn more about your work? 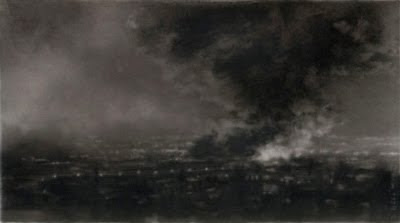 I don't normally teach and haven't done any commissions, but am always open to ideas. I'm currently represented by Danese Gallery in NYC and Aucocisco Gallery in Portland, Maine. My own website is DozierBell.com