Would you please introduce yourself to our readers? 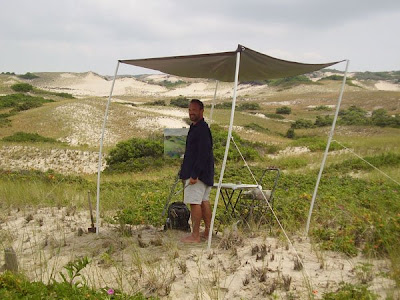 Could you tell us what you have been doing the past two years?

For the past two years I have been working primarily with oils in plein-aire, in the neighborhoods of Somerville, Cambridge, Wellfleet, MA and during a residency in the summer of 2008 in one of the Dune Shacks in Provincetown, MA. During this time, working outside in all seasons, in direct response to the visual world has compared to nothing in a very basic and exciting way. 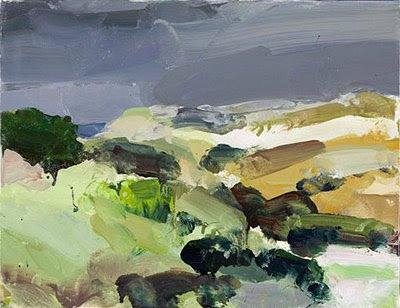 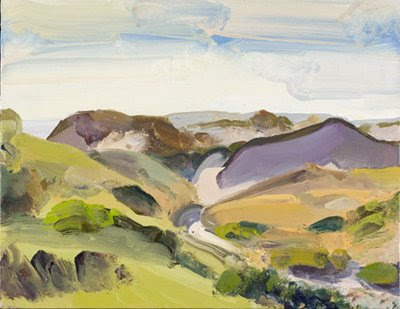 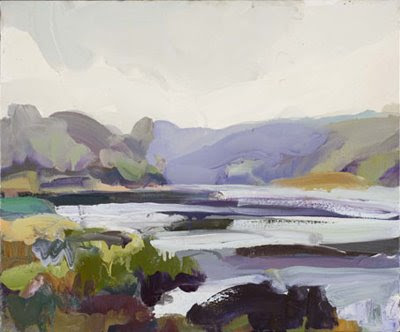 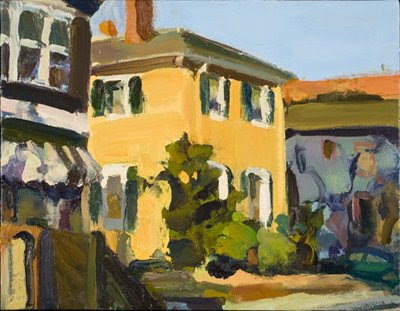 Could you tell us about your spray paint drawings?

Well I was actually working on them as I was working "en plein aire." The work evolved out of a few months of playing around with a can of flat white spray paint from home depot, black paper and some stencils I cut out of drawings I was making.

In my plein aire oils at the time, I felt that I was getting seduced by the sensuality of the oil paint, and the stencils helped me to focus on shape and decision making two things that were giving me trouble in my oil paintings.

Here are a few images of my spray paint drawings: 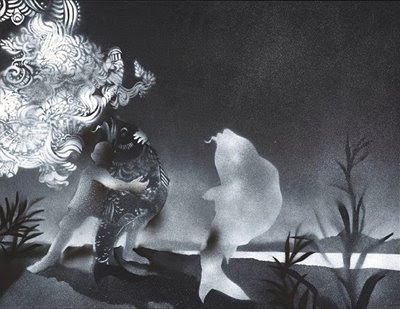 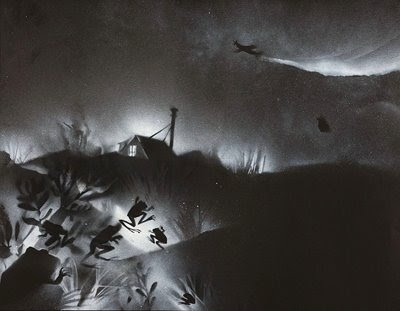 The imagery of the spray paint drawings was generated from specific dreams, from remembered place, from recurring daydreams and fantasy that demanded more conscious attention...and some of the images were just generated out of the process itself. Much of the atmosphere of the drawings is influenced from memories of childhood experiences in Wellfleet, MA. 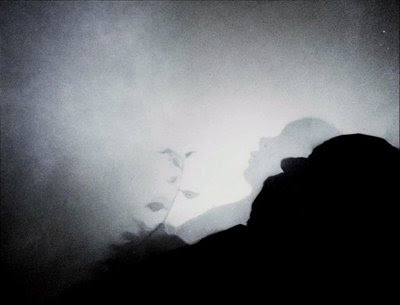 
Tell us about your recent works? What’s the inspiration behind your works? How does it all start, what techniques and materials do you use?

My recent paintings have come on the heels of a working period devoted to dream imagery and automatically generated narratives. This new work was initially motivated by an urgent need to be immersed in and respond to the physical and conscious world “as it is”.

I wanted to make something directly related to the specificity of my visual experience of the world and to be willing, for a time, to let go of grand and unconscious “tail chasing” that I suddenly found myself preoccupied with. 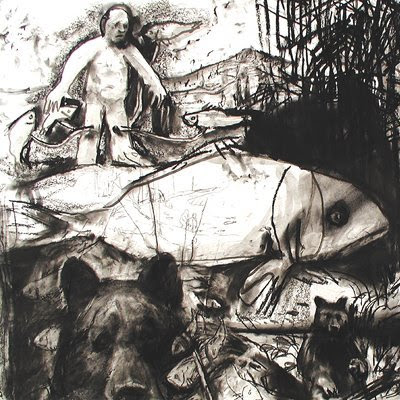 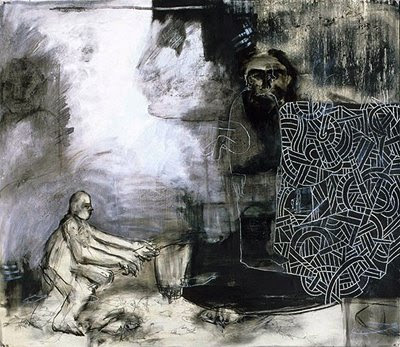 The intuitive directness and physicality involved in working with the charcoal, ink, and graphite of my drawings, and the cutting, piecing, sewing, bending of the sculptures inform spontaneous meaning. Often what I stumble upon within my "process" is a fleeting and layered accessibility to potential metaphor. 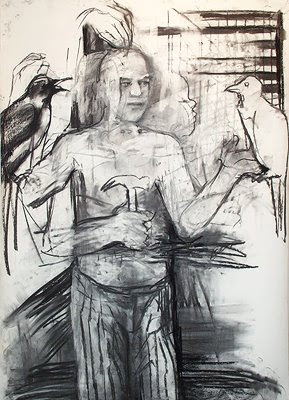 Grounded in realism, my recent body of work has also been completely intuitive. While it has been important for me to respond without conscious distortion of form or color for intentional psychological impact, I have intentionally created space for improvisation, (for example) by a choice not to depend on the safety of accurate under-drawing. 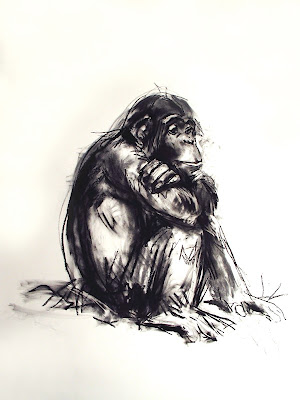 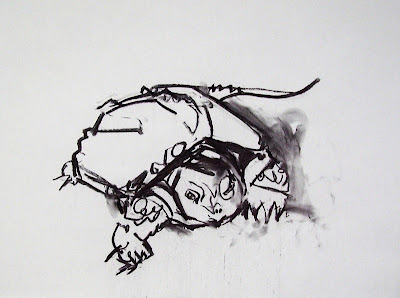 It is very basic, what I have involved myself with; the translation information (my perceptions of form and space) into relationships between shapes of color feeling, and within the limitations of my working surface (among many other limitations of any specific day), I organize those relationships. 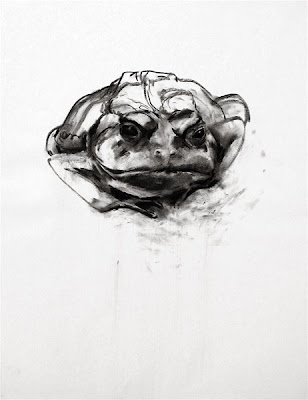 
Please tell us about the awards and recognition you received.

I was the recipient of the NEA/William James Foundation Grant, which I used to set up an art program at the federal prison in Ayer, Mass. I also earned grants from the Elizabeth Greenshields Foundation for painting.

Your current and forthcoming exhibitions.