Please introduce yourself to our readers that might not be familiar with you. 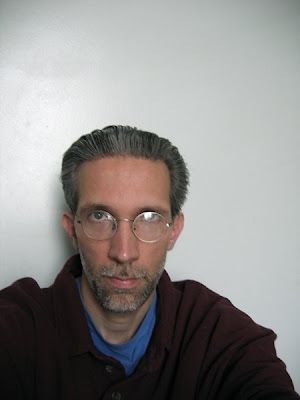 My name is Steve Novick. I was born and raised in Worcester, Massachusetts. I received a BFA from Rhode Island School of Design, and an MFA from Cranbrook Academy of Art. I live and work in Somerville, Massachusetts. My wife, Liane Noddin, is also an artist.

How did you get interested in making art, and what do you do besides creating art? Do you teach? Write? Manage a gallery? If so, give us some details?

In large measure, I got interested through comics. My dad was a big comics fan, and got me looking at things like Rube Goldberg and Winsor McKay (I also ingested plenty of Saturday-morning cartoons, and accumulated a couple thousand comic books in high school). We also went to museums every so often, and I had a grade-school art teacher who would roll her cart in and show slides of Cezanne paintings (he's still one of my art heroes).

More broadly, I got interested in making art by doing it, and have made it a point to keep doing it. Teaching has helped —I teach in the Foundation program at New England School of Art and Design at Suffolk University, in Boston—it keeps me thinking about art, and allows me a decent amount of time in my studio. 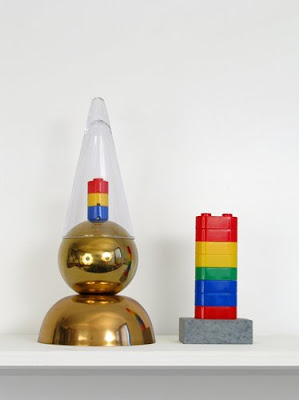 My work is three-dimensional, and involves collecting, combining, and synthesizing found components. I've been working this way for nearly twenty years, though my aesthetic and conceptual goals have changed over time.


Tell us about your most recent objects. Would you share with our readers some of your thoughts and inspirations about your creations?

My most recent work is similar to the things I made during the three or four years prior: stand-alone objects that are simple in form, yet (hopefully) rich in meaning. 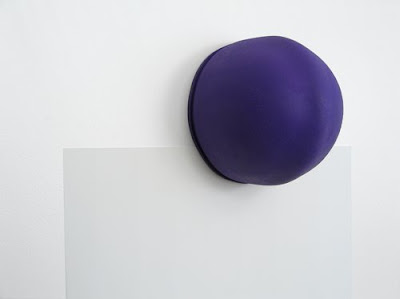 Unlike much of my previous work, none of the most recent pieces sit on shelves or in vitrines—they mount directly to or lean against the wall, sit on the floor, or hang from the ceiling. In that regard, I suppose they're more sculptural. 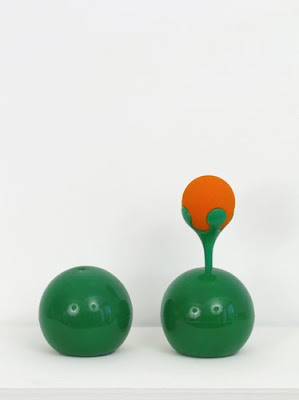 The imagery is both cultural (representations of and references to paintings, sculptures, etc.) and natural (animals, plants, and the like). 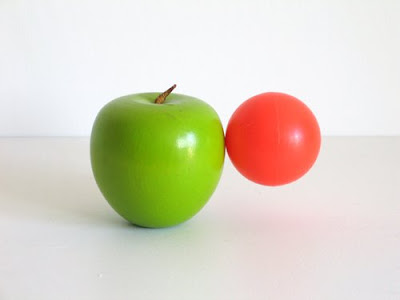 I feel that the “cultural” pieces have an anthropomorphic quality—evoked by scale, or method of installation, or some salient detail—while the “natural” work toys with questions of interpretation and allusion, functions which are peculiar to culture. 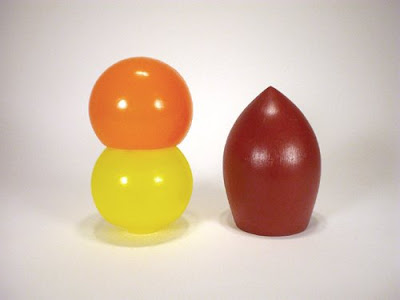 I've been paying more attention to installation of late, thinking about groupings of pieces that emphasize certain aspects of each one. This is analogous to combining disparate elements in a single work, and serves a similar purpose: bringing to light meanings which, in another context, may be obscured.


Please describe a bit about your creative process. How does it all start, what working methods and materials do you use? Where do you look for your materials? Can you talk a bit about your choices/decision making on what objects/artifacts to be used to create your sculptures?

I usually find my raw materials at thrift, recycling, and secondhand stores, and sometimes on the street. 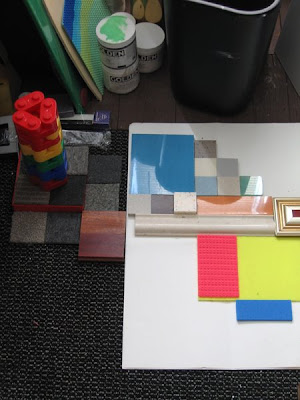 I'll be struck by the form, material, color, or function of an object, and I try to acquire things that seem somehow incomplete. I've found that if an item is self-sufficient, I'll have no reason to do anything with it—it's already been resolved. 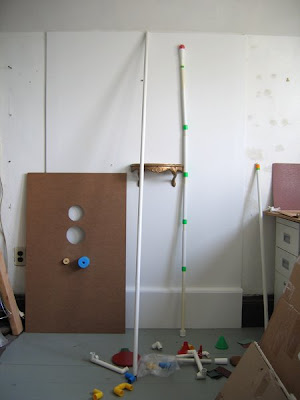 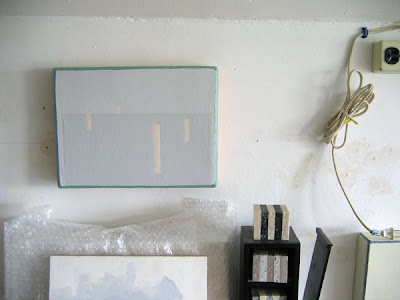 Next, there's a period of trial and error: dumping things in my studio, maybe sorting them into loose categories, then putting things together on impulse. 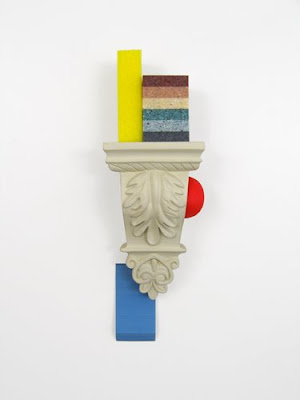 Often, I'll have an idea for a particular thing before I start playing with it, but the ideas in my head almost never trump the process of seeing what works in real space. After all, that's how other people will draw ideas from the work: by experiencing it as a thing in space. 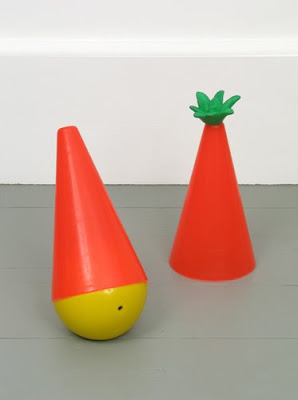 Once a piece starts to take shape, I might refine it, usually by stripping out unnecessary elements. If I wind up with something that seems right, I'll keep it set up in my studio. If it still intrigues me after several months, I'll consider showing it—if it can hold my interest for that long, I figure that it might grab other people as well.


What is the most interesting comment you have heard from a viewer? 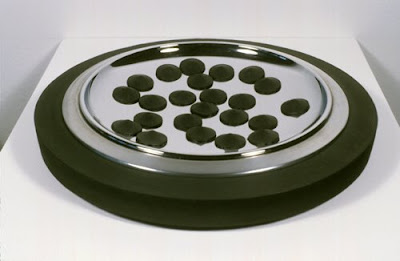 Ten or so years ago, when I used a lot of black rubber and steel, people would tell me that they considered my work dark and foreboding. I would reply, honestly, that it was supposed to be funny. 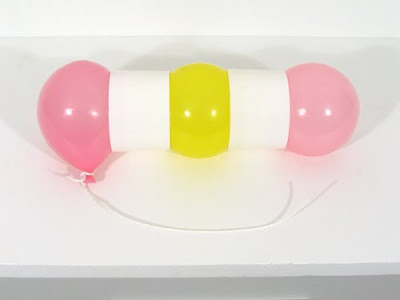 A couple of years back, when it became much more colorful, and employed a lot of plastic, someone remarked that the work struck her as very funny. I answered, again honestly, that I thought it was pretty unsettling stuff.

When I was in graduate school, I heard a poet, Stanley Diamond, speak. He said something along the lines of, "At the heart of tragedy lies true comedy; comedy is tragic at heart." I suppose that idea stuck with me.


Could you tell us a bit about your solo exhibit held at ArtSpace in New Haven CT early this year? What's the title and concept for this exhibit?

There wasn't a title, or a theme per se. It was an opportunity to install work from several years back alongside more recent pieces. The curator, Liza Statton, selected the work with that idea in mind.

I haven't had much of an opportunity to do something like this. Usually, it's been the "have a show of the work you've made since your last show" approach. That's gratifying, of course, but I enjoyed the possibilities presented by a broader palette, so to speak. It let me identify themes--some that I hadn't recognized when they first cropped up--that had been developing for a while. 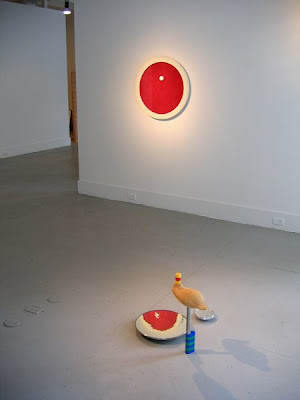 Image above shows "Decoy" (2008) in the foreground, with "Painting IV" (2004) on the wall. Even though three-plus years separate them, there are common motifs: circles, reflection, representation, artificiality.

I know three years might not sound like a big gap, but it seems like one when you've been thinking about one-year or eighteen-month cycles of production. In that sense, the two pieces are three bodies of work apart. 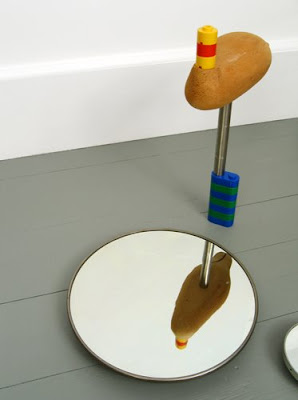 Below are a couple of images from the show which illustrate this idea: from left to right, "Stripe and Cone" (2008) alongside "Building" from 2006. 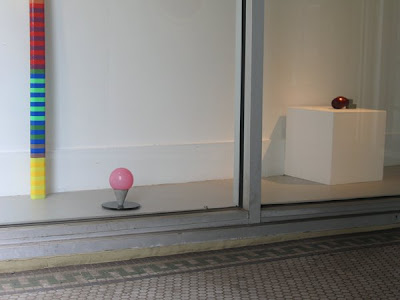 I love the little the reflections on the pink sphere of the 'Cone' and on the purple blob of 'Building', the repetition of the stacking blocks in "Stripe", the grid of tiny windows in "Building", and the mosaic floor pattern. 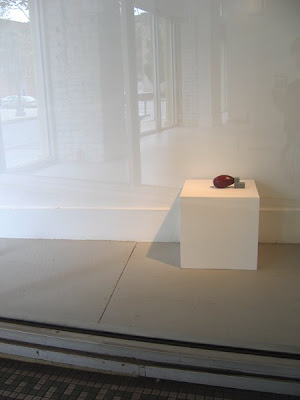 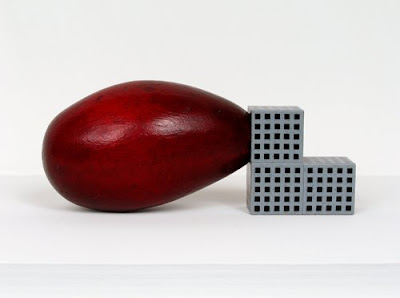 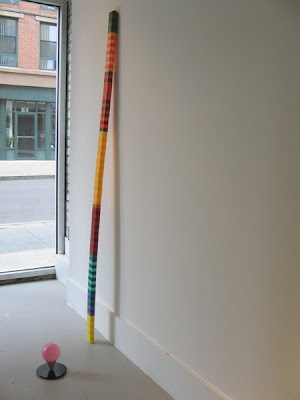 Below images are installation views of "Decoy" and "Painting IV" with "Painting X" (2008) -- a neat combination of wall-, floor-, and ceiling-mounted pieces, which also brings together two works from a series of "Paintings" that I've been turning out intermittently for the last six years. 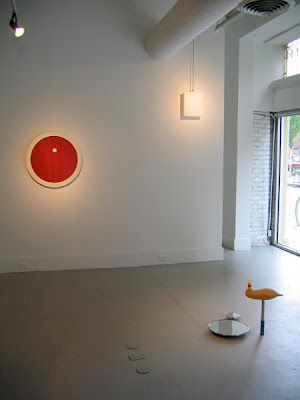 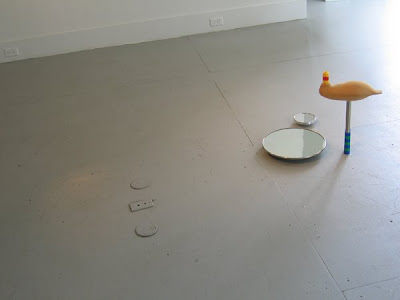 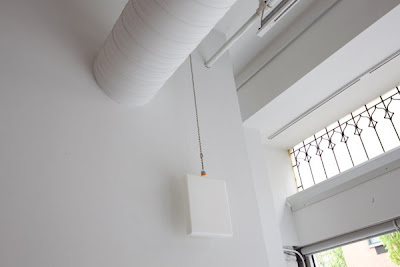 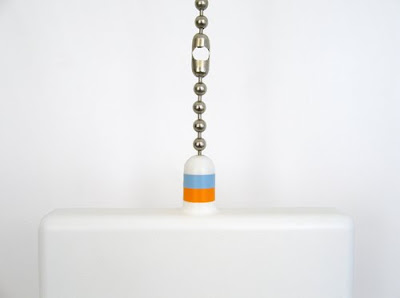 The show also allowed me to play with the "grouping" that I referred to in my earlier responses, and to consider the sweep and rhythm of work through the space at different eye levels. That might sound pedestrian, but it takes on an outsized importance when your (crowded) studio is less than 200 feet square, with a seven-and-a-half foot dormered ceiling.


How have you handled the business side of being an artist? I've made every effort to document and present my work in a clear and professional manner.

I photograph my own work, and built my own website. I've assembled an e-mail list of curators, writers, and fellow artists, and keep them updated on a regular basis (but not too regular—I don't want them to think "Oh, god, not him again"). Usually, I send a message out when I update my site significantly (about once a year), or if I have a noteworthy exhibition. 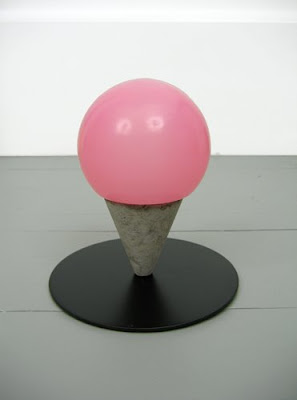 I also submit my work more formally to curators at museums and non-profit galleries, including colleges and universities.

As I'm currently without gallery representation—after eight years with OHT Gallery in Boston, which closed recently—keeping my work visible is even more important than before.


What are you working on right now? 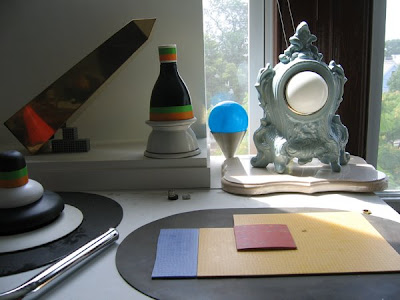 I have several pieces percolating in my studio, but whether they'll amount to anything is an open question. A couple of things are reminiscent of plants; another resembles a birdhouse, and another a hat with too many holes in it.

Tell us about the awards and recognitions you received in the past.

I am a recipient of Pollock-Krasner and Massachusetts Cultural Council grants. I received a Somerville Arts Council grant this year.

Please provide links to reviews and publications about your work.

Are you currently showing in the Boston area? If so, where and when?

Are you planning any exhibitions of your work in the near future? 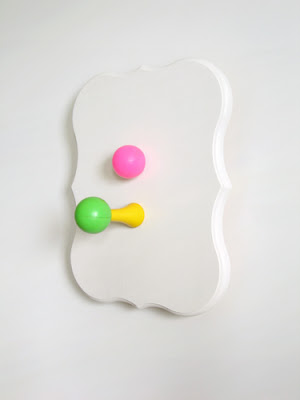 Are you available for commissioned works? Representing gallery if any?

I'm happy to discuss commissions. Right now, I have no gallery representation.