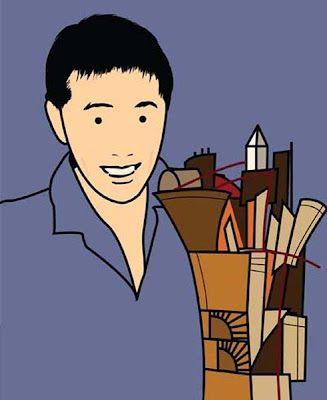 I was born in Northampton, England, on the Ides of March 1941 (a festive day dedicated to the Roman god Mars) during the Second World War.

My parents emigrated from China. Being the tenth of eleven children I was not the one to take over the family laundry.

My high school education was at the Quaker Leighton Park School and then at the Architectural Association School of Architecture, in London.

Upon receiving the Diploma with Honors in 1964 I immediately left for Mexico to do voluntary community work with the American Friends Service Committee where I stayed until 1981. Since then I have resided in Southern California.

After arriving in Southern California after the age of forty I had no useful practical skills to get a paying job.

I had hoped to make it as furniture designer and had received awards in several international competitions. But the designs were copied by the Italians, Americans, Japanese, Chinese and in other countries. 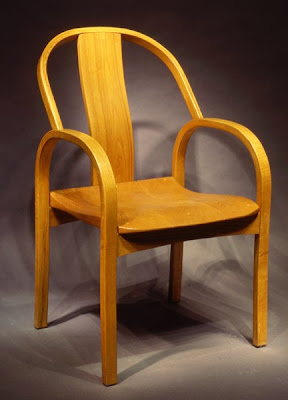 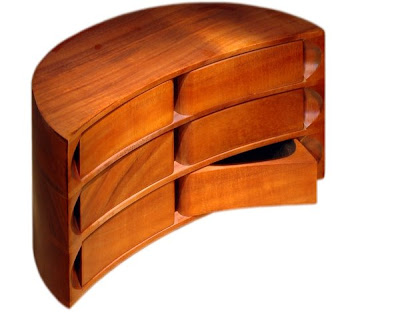 One day we happened upon a street craft show in Los Angeles and saw some wood art. If they could do it, then I could try.

So I purchased tools and self taught myself woodworking skills and began selling small items in local shows. Eventually with more confidence and skill, I graduated to galleries as the work became highly intricate and inspiring one-of-a-kind wood boxes, some now in museum collections.


What kind of job(s) do you do besides creating art?

I have been surprised and fortunate to be able to live entirely by the artwork, to raise a family and put our two boys through Harvard and Columbia without any assistance.

Do you teach, write, curate shows, and/or manage a gallery?

Can you give our readers some insight into your woodwork in general?

This box is inspired from the legendary places of the World like Machu Picchu or the cliff dwellings of Mesa Verde.

The ruins, stairs and secret spaces are intended to set off a train of thought and a journey backwards again and again. Built in illumination brings the theatrical interior to life. 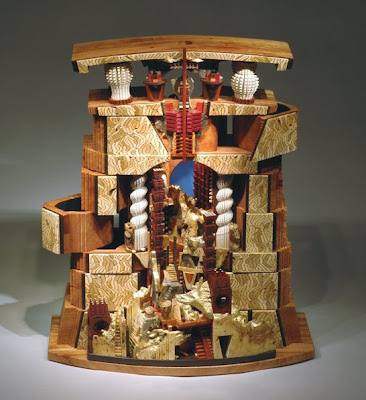 On the front surface the squiggly shapes are from scraps of a compressed wood waste structural “I” beam that my neighbor conveniently threw over the fence.

For contrast, texture or color in the carvings I used Philippine mahogany, maple, wenge, ebony, pink ivory wood, narra, pernambuco, buckeye burl and cocobolo all carved with a band saw. 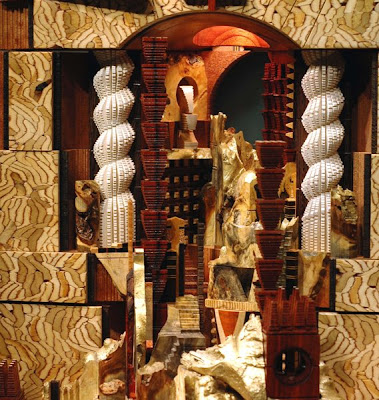 Having plenty of pre-carved elements, ready to assemble is like preparing the ingredients for a Chinese feast.

Of the two kinds of woodwork, practical and non-practical, most of my art is of the latter category.

“Give me the luxuries of life; I can do without the necessities.” Frank Lloyd Wright

I have developed a constantly evolving series of wood boxes and furniture since 1983 that are more drama than function. They overflow with elaborate carvings that “transport” the viewer to some lost horizon, inspired from ancient or legendary civilizations like Machu Picchu or Mesa Verde. There is a flamboyant sense of shape, surprise and presentation.

What the viewer gets out of these boxes is more important than what goes in.

I try to transcend the limitations of the material and not be a slave to technique and trends.


What did you work on the past few years?

Every year, for the past few years I have been devoted to making a different class of objects in order to prod the mind for fresh ideas, with some exceptions.

What are some of the exceptions? Well, sometimes a person would commission an object that they saw from a past series that I would not be making in the current year. The "Landscape" Box is an object that I have developed over many years. Every one is different. 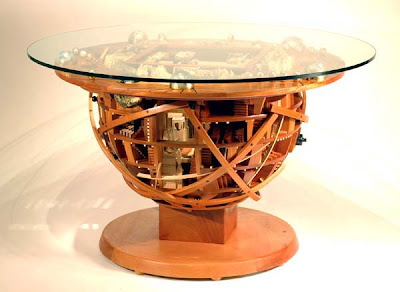 Overlooking the ocean next to an east-facing window, this breakfast table waits for the early sun. The suns rays penetrate openings to the interior bringing a Jon Kuhn glass sculpture to life. Swirling spheres representing a constellation of planets support the glass top. Looking within the interior of the table, the glass sculpture is mounted on a tower in an imaginary city. At night, the inner city can be illuminated by hidden light.

This piece is constructed mainly by mahogany and many other woods. Laminated, bandsawn and carved.

In 2007, I took up painting again - I started working on a series of reverse glass paintings.

This technique was taken up by the Chinese who exported the paintings back to Europe and the Americas during the eighteenth century. 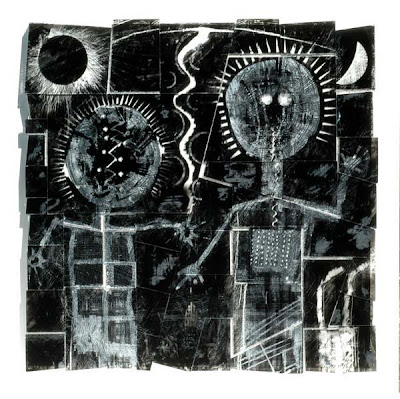 My paintings are collages of small individually colored glass panels, some precisely positioned or at random and each piece securely glued onto a flat plywood sheet for strength. Paint is applied onto the other side of the glass to protect the outer surface. The finished effect is like a mosaic panel. 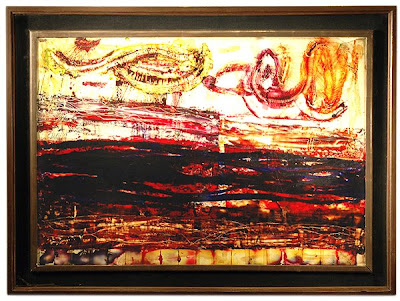 My first one person show was at the Hammersmith Art Gallery, London in 1957. This piece, "Earth and Insects", was shown at Soho Cooperative Gallery. The technique make the colors glow. 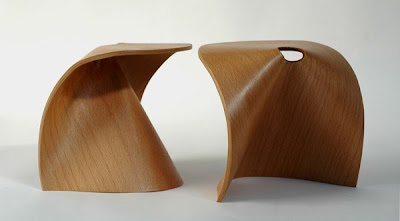 Fortune Cookie Stool, 2008 - This stacking stool was inspired by the way a fortune cookie is folded. Pure design is about the reduction of parts to the simplest element in order to function. A flat piece of plywood can be bent into a strong three-dimensional structure by forming it in a vacuum mold.