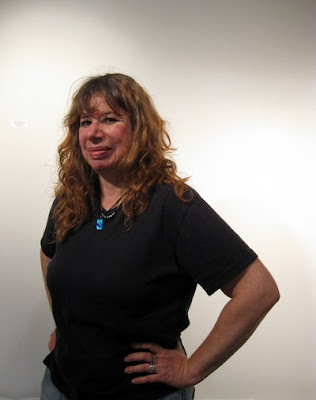 
My name is Marjorie Kaye and I am basically a New Englander! I am originally from the North Shore; I lived in other places along the way, most notably New York City in the 80s. I am currently based in Cambridge, MA, where my home and studio are located, and where you can find George Shaw, who is also an artist, a photographer.


What types of job(s) have you had in the past?

Oh, so many!!!! When I graduated from college I worked as a leather cutter. I soon worked my way up to stitcher and samplemaker. This was a manufacturer of women’s accessories way back before computers (and manufacturing disappeared here in the US)…It was quite wonderful, actually.

Some other notable jobs have been as a Site License Administrator for a software company (I learned how to organize and lost some hesitancy in regards to computers in general).

In New York I worked for the National Council of American-Soviet Friendship, which was one of the most incredible experiences I’ve ever had. This was in the early eighties, of course, and I met some very fine people.

I have always been making art! It has always been a natural thing to do, since I was a child. (Every child makes art, it’s true -) As I grew older, of course, I found out that I needed to “declare” that I made art! I suppose at that moment you become serious about it, and “grow” into it as an artist.


What do you do for fun besides making art?

The first thing that comes to mind is the incredible “Upper Forty” – This is the nickname we give to our fine roof garden. Gardening and being in nature in general is something I love. 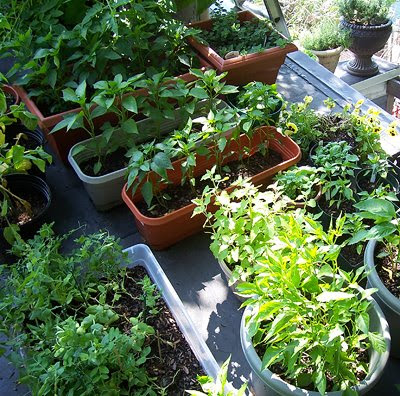 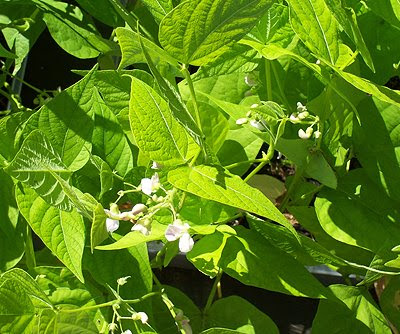 I also love going to museums and galleries, reading (sci-fi or history), cooking; astronomy, astrology, and meditation. Oh, and music!!! Rock and Classical, Country, you name it.


What kind of job(s) you do besides making art? Do you teach, write, curate shows, and/or manage a gallery? If so, please give us some details.

Well, just about all of the above. I’ve curated a ton of shows. I have run an on-line gallery called Caladan Gallery featuring hundreds of national and international artists since 2003. 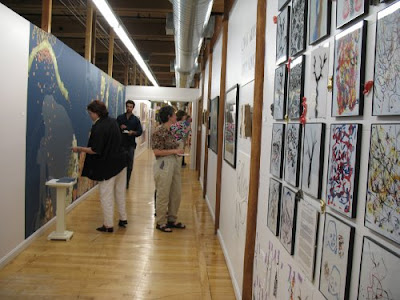 I’ve run a physical gallery as well Gallery 181 in Lawrence, too. For these shows I’ve done a lot of writing. I find that doing this broadens my perception of the work I’m writing about and adds a certain dimension to my understanding of it.

Maybe it’s because I have to spend more than a few minutes looking at it – I definitely respond to the visual stimulus, the “special effects” of artwork (as an infant discovering the world does), but writing takes me beyond that, further into the conceptual structure of the work.


What inspired you to establish Caladan Gallery? What are your goals for Caladan? What do you do on a daily basic running Caladan? How many shows you put on per year, etc?

Caladan Gallery started in a strange way. I had been doing other jobs (sewing appliqués, house portraits, etc.) and had a compressed nerve root in my neck develop. As a consequence, I couldn’t use my right arm (pain and numbness!) for about 6 or 7 months. So I thought long and hard about what I was going to do to earn money. I came up with the idea of an on-line gallery and a friend helped me get set up! (I was lucky!)

Caladan keeps growing, so I think it progresses naturally. I love running it. There are so many incredibly wonderful artists from all over the world involved. The connection through art is one between all people – I have many artists from places in the world that people would never give a thought to involving themselves in. It is the art that is the common language. It’s beautiful, transcending the national and international problems that make boundaries between us.


Would you like to tell us a bit about Gallery 181 you operated in Lawrence? 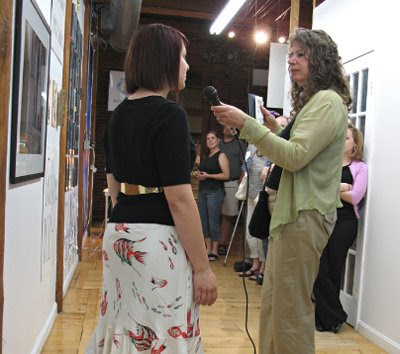 It was a stroke of luck that enabled me to run that gallery. After the man who had it before me left, the store owners in the building asked me if I would be interested in taking it over. I was, and I did. I decided to use the opportunity to help strengthen the wonderful, diverse community in Lawrence.

There already existed the Essex Art Center, which is still doing wonderful things. I found there was a Cultural Alliance made up of the most energetic, enthusiastic people from all parts of the city and was fortunate to hook up with that group. 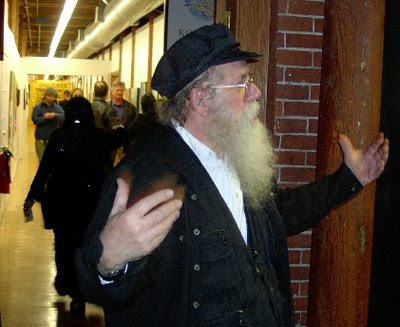 Dov Lederberg from Jerusalem making a point during lecture at Gallery 181
Image courtesy of M. Kaye

There was the “Made in Lawrence, USA” exhibition that showcased artists affiliated with the city. Wonderful. I had to close because I lost my storage and shipping space! But I have nothing but good things to say about my experiences there.


What has been the most rewarding experience you've had as a result of running Caladan and Gallery 181?

The most rewarding experience coming from running Caladan and Gallery 181 is the sense of community of artists that has arisen in my personal and professional life. 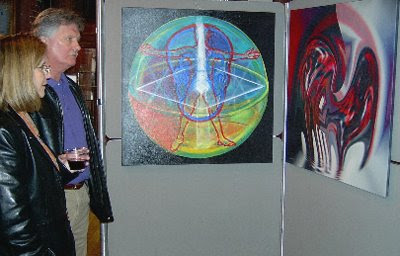 This spans locally, nationally, and internationally. You can see monthly rotating exhibitions, group and solo, at http://www.caladangallery.com. There are also continuing gallery members. I miss it. I am in the initial stages of working on forming a gallery based on the co-op model now, most likely, hopefully, to be in Boston’s South End.


Would you like to elaborate a bit your ideas of forming this co-op gallery?

My plans for the new gallery will be based on the co-operative model, but a little different! As most people are very short on time, there will be minimal gallery sitting. I will do most of it, save a couple of days. There will be members' exhibitions, members' solo exhibitions, juried exhibitions, and invites. I hope to create an warm atmosphere where people will be encouraged to participate in many aspects of viewing the art - dialogue encouraged!

We also plan to work with the community, holding fund-raisers for needing organizations. All of this is in the initial stages of the making, but we anticipate an active, energetic setting in which to view contemporary art.

Would you provide links to articles and reviews about your gallery work?

A write-up about Gallery 181 in the Boston Globe: http://www.boston.com/ae/theater_arts/articles/2006/05/07/arts_new_directions_on_display/

Another write-up about Gallery 181 in the Lawrence Eagle Tribune: http://www.eagletribune.com/pulife/local_story_018120446

To be continued in Part II...