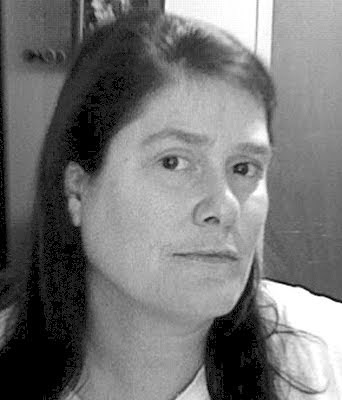 I was born in El Paso, TX, a city on the Mexican border. I’ve lived in California for most of my adult life. Currently I live in Petaluma which is in Sonoma County, wine country. I earned my BA in psychology from the University of Texas at Austin. My family held education to be of utmost importance. Art was not undervalued; in fact, my parents loved art. However, art-making wasn’t on the menu of career choices. It never dawned on me that I might be an artist. This, even though I took art classes (mostly drawing and ceramics) in high school and college. I came to serious art-making on the later side. I had graduated, married, had a child, and to my great chagrin, started graduate school seven times in various disciplines. Being someone who had a lot of interests, I tried them all, but nothing held me.

At the end of the 80’s having been admitted into a master’s program in creative writing at the University of Texas, I made the “fatal” move of signing up for a painting class. Painting snagged my attention and my psyche, challenged me like nothing ever had. I kept taking painting classes, and no writing classes whatsoever. Finally one of my advisors asked if I was ever going to take a writing course, and I said no. That was it.

Painting was something that fit my disposition, was expressive, and was something I couldn’t master in a short amount of time. In retrospect I realize that I had to go through that struggle, the search for my calling. I don’t doubt myself as much as I might have if I had gone straight to painting. Given that it wasn’t a straight shot for me, my life as an artist feels “earned”.

We moved to the Bay Area in 1990. Having not had an art education, I felt a pressing need to get a grounding in art and art history. I began taking painting classes at the San Francisco Art Institute. I studied with Bruce McGaw and Julius Hatofsky (among others), both painters’ painters, people who weren’t concerned with trends or conceptual art. Along the way, of course, I got all that, too, but I was fortunate to have learned from teachers who had a strong belief in pure painting. It was a fantastic education.

When I felt confident in my abilities and knowledge I applied for graduate school there, and was admitted. I had a good experience in graduate school. Being so completely immersed in the making of art, my work underwent big changes, and where I had started as a figurative painter who had moved into organic abstraction, I made a successful and very gratifying leap into . Again, I understand now that I had to move through different painting approaches to land in a place that felt true to me. That seems to be a recurring theme in my life. If one looks at my early figurative work and compares it to my current work it doesn’t seem possible that the same artist made the works. But the fact is, I still paint about the exact same things now as I did then. I’m just not putting the content into picture form that overtly references the visible world.

To support my art habit I teach painting, drawing, and design at the college level. I’ve taught all around the Bay Area, at San Francisco State, the San Francisco Art Institute, and the California College of the Arts, but I’ve landed a teaching position near where I live at the Santa Rosa Junior College. I’ve taught there for eight years. 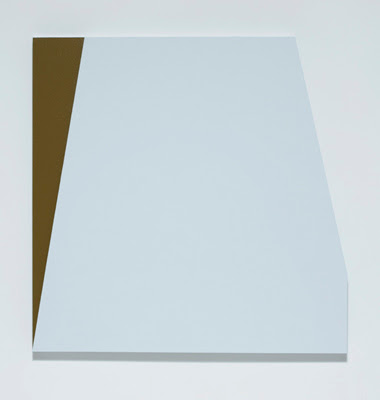 
I work in a variety of media, but predominantly in oil on panel. From the beginning I was interested in the notion of interconnectedness. Duality, oppositional forces, relationships, equilibrium, rhythm…. These are states and phenomena that fascinate me and spur my artistic exploration. 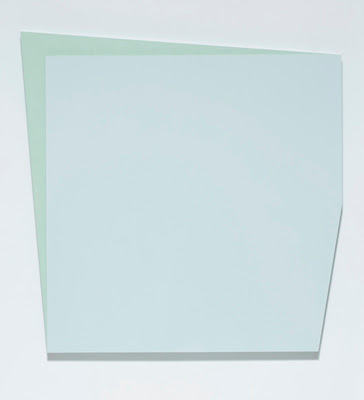 
While I frequently have a narrative going in my head about what is going on in the work I want to keep interpretation open and available to the viewer. With a slow unfolding the viewer can internalize the dynamics of the work through his/her own emotional or intellectual filters. Thus, while the extreme abstraction leaves my work very open to interpretation, the interpretation can become very intimate. 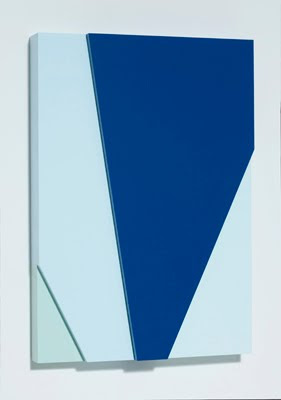 
I utilize the language of minimalism or reductive painting, but rather than emptying my work of meaning, I want it to trigger associations for the viewer. What I like about leaving open the possibilities for interpretation is that the story or meaning can change and re-adapt, never become static or fixed. 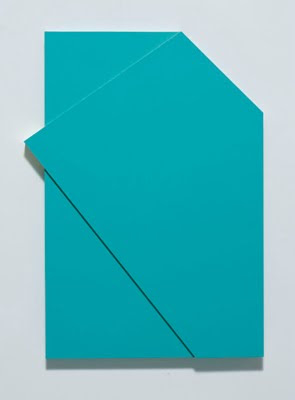 
My work falls somewhere between painting and sculpture, an area that is now becoming a popular avenue of exploration. I’ve been there for quite awhile because I needed more than the two dimensions available to painting. To better express the dynamics of power and flux I felt I needed to have available the third dimension. But I still think of myself as a painter. I’m very concerned with paint, surface, and color. These are the aspects of my work where I can work most intuitively. 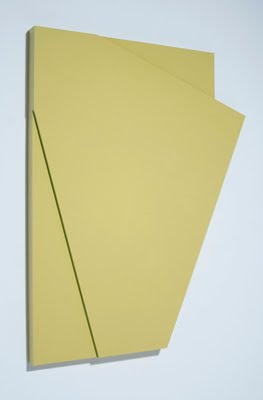 
This brings me to the artists I like to look at. I admire those who can successfully strip form down to its most essential state while still maintaining gravity and poetry. Martin Puryear does this. Anne Truitt, Agnes Martin, Eva Hesse, Brice Marden, Ellsworth Kelly, Robert Mangold, Piet Mondrian, Malevich, Brancusi – all of these artists I find inspiring. There are many younger artists whose work I admire greatly, but most of those are progeny of the afore mentioned artists, too. 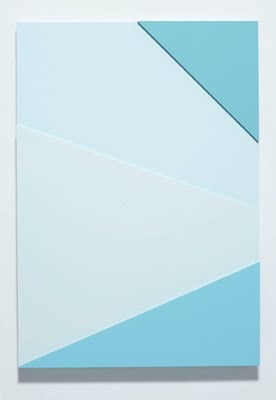 
As far as exhibitions, I’m currently in a group show at Lora Schlesinger Gallery in Santa Monica entitled, “Shades of Blue”. This show is on display through August 28th. Please follow this LINK for more information. 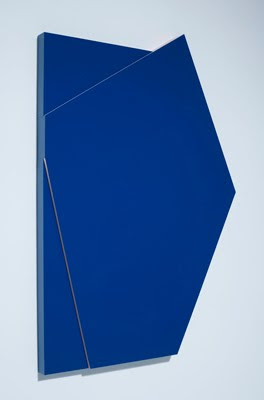 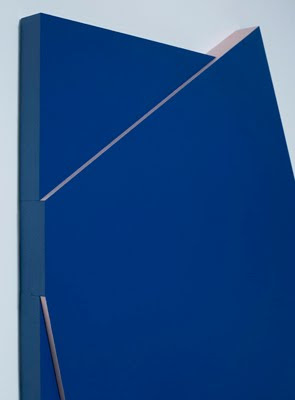 
I was just in a three-person show at ParisCONCRET in Paris, France, entitled “Popular Mechanics”. 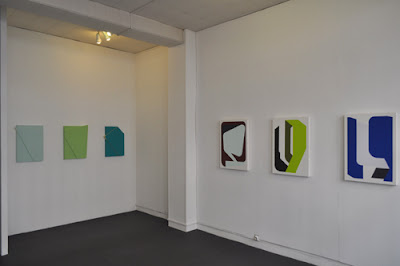 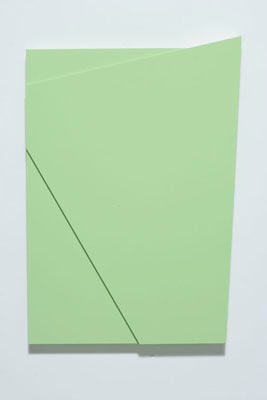 
I ’ll have a solo show at OK Harris in New York City next year where they’ll feature a body of my work entitled “Arena”. 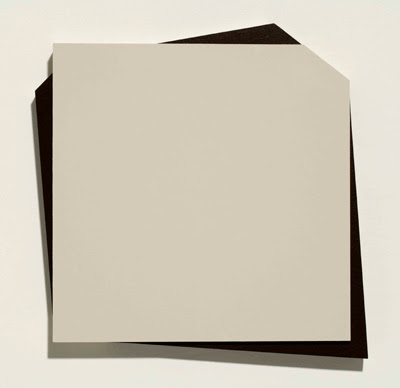 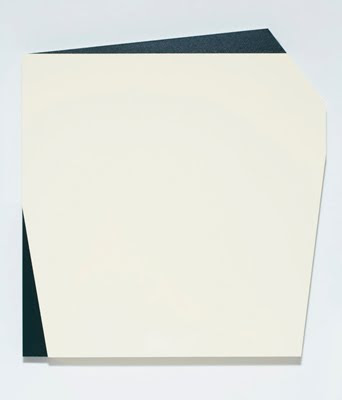 
In 2012 I’ll have a solo exhibition at University of California Berkeley which will be a mini-retrospective. And there are several group shows coming up as well, including one at the Indianapolis Museum of Art which will feature works on paper.

Currently I have no formal gallery representation.


Advice to artists that are just starting out 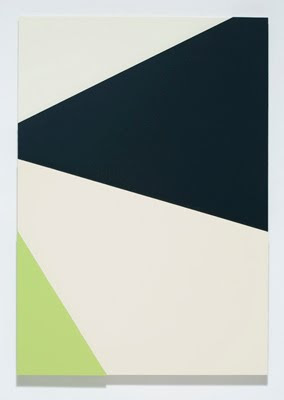 Number one is to be humble. We all have a lot to learn. Then try to honestly ascertain what your goals are for your work. If you want fame and fortune, you’ll have quite a different journey from the artist who is less concerned with those things. To gain fame and fortune you’ll have to be concerned with making a living, making the right connections, following and/or being aware of trends, being in the right place at the right time. Go to New York, to LA, to Berlin.

For those who want to allow their work to evolve in an organic way, without regard to market and money, you’ll also have to find a way to support your art. You’ll watch a lot of artists come and go.

Above all, keep your focus on your work, don’t worry about art world trends, work a lot, stay connected to other artists whose opinions and aesthetics you respect, and show your work. After all, you’re using a visual language. It’s very gratifying and instructional to put your work up in a nice space, and to witness the fruits of your labor.

And last, be flexible. Your goals may change. Recognize that, and do what you need to do to reach those goals. 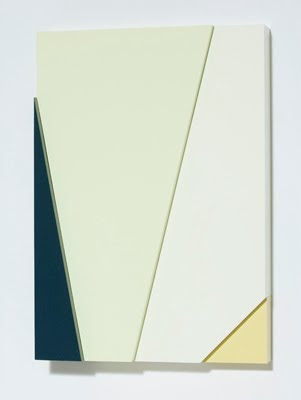 
I will do commissions on a selective and limited basis. You can see my work at flickr.com/photos/conniegoldman. My e-mail is conniegoldman@sbcglobal.net.