Would you please tell us a little about yourself? 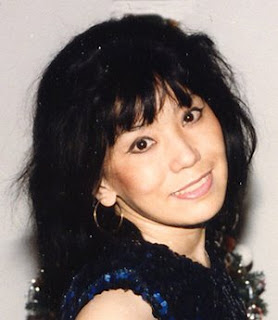 Doris Chu is my name. An art historian with a Ph.D. and a published author, I am also a patron of the arts, invited speaker, curator of local and international art shows, judge of art competitions, producer of theatre works, sponsor and presenter of concerts of jazz, contemporary and ethnic music. My work sounded too widely divergent and unrelated. But I have very broad interests.

Of all those areas of work writing is what I regard as closest to my heart. I have published numerous articles on the arts, academic and non-fiction books, play and translations of some Chinese classical poetry of the Tang (618-906) and Ming (1368-1644) periods. Now I am writing a novel that is near completion.


What are some of the titles of you books?

- Chinese In Massachusetts; Their Experiences and Contributions details the extraordinary history of the Chinese people in Massachusetts including the earliest sailors in Boston, the pursuers of knowledge sent by the Education Missions during the Ch’ing dynasty, the strike breaking shoemakers of North Adams, the evolution of Boston’s Chinatown, and the significant contributions of Chinese Americans throughout Massachusetts.


A few photos in the book may be of interest to the visitors of this blog.

Yung Wing was one of the three Chinese boys studied at Monson Academy in 1847. He was most instrumental in organizing the Chinese Educational Mission that sent students to the US. 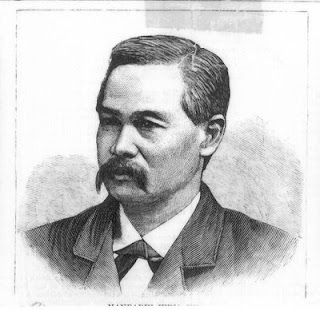 In 1874, 120 Chinese students were brought to the US by the Education Mission. A Chinese College was built in Hartford Connecticut. The picture represents a view of the College. 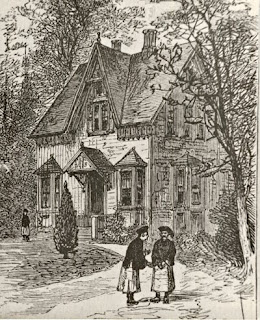 Another view of Chinese College. 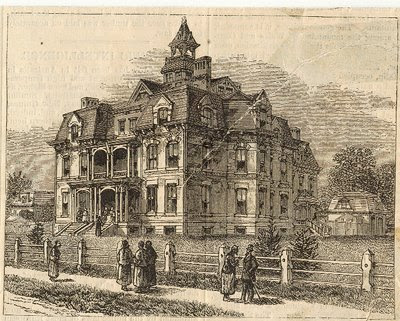 Chinese students in the classroom at the Chinese College. 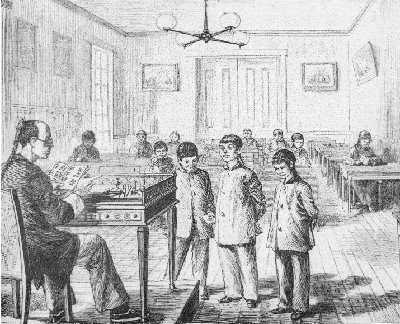 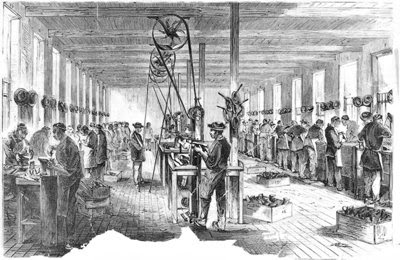 Sir Chentumg Liang Cheng. At age 11, he was sent to America to study by the Educational Mission in 1878. He attended Phillips Academy at Andover. In 1882 at a base ball game between Phillips Andover and Phillips Exeter, his playing helped Andover to win the game. He later became a diplomat and was appointed Minister Plenipotentiary to the US from 1886 to 1889. He negotiated with the US government about the treaty which restricted immigration of Chinese laborers to the US. Queen Victoria knighted him in 1897. 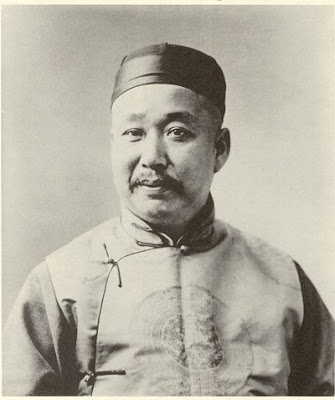 Before the Exclusion Act of 1822 was repealed in 1943 Chinatown was primarily a bachelor community. Only very few merchants had families with them. This picture represent one of those families, 1903. 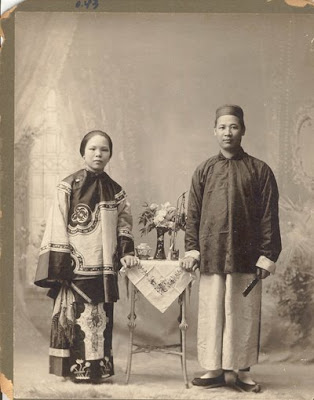 Chinese children pledging their allegiance to the American flag at Quincy School, 1940. 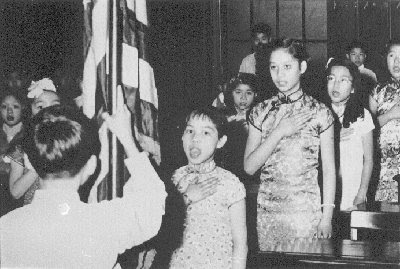 - Conversing In A Mountain, a translation of selected Chinese classical poems.

You have written some stage plays. Have they been produced or published?

That Gentleman From China is a true story of the first Chinese merchant who came to Boston in the mid 19th century. His success, wealth and generosity warranted him status and respect in the high society. Starkly contrasting to his enviable position was the suffering and persecution endured by the Chinese laborers in California in this period. Deeply saddened by the tragic fate of his compatriots, this man left what was his home for twenty-eight years and returned to China where his root was. 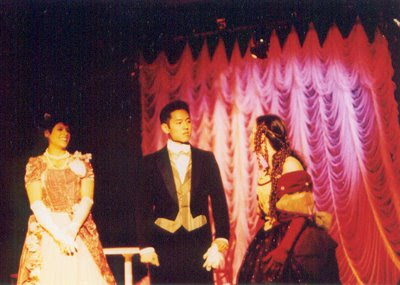 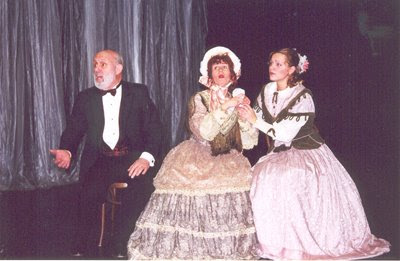 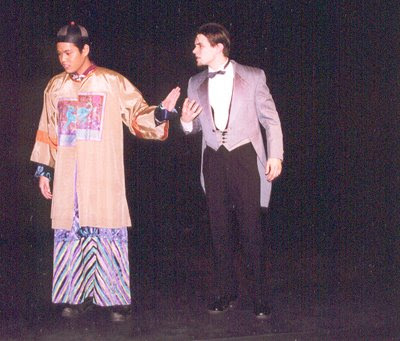 America, America is a story of five young Chinese from China and Taiwan In Boston. 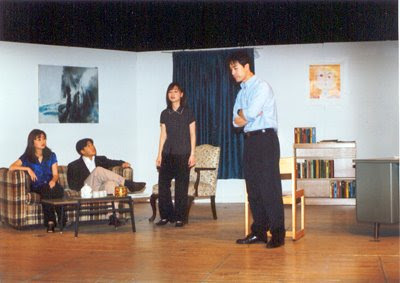 Within the Forbidden City is based on a history of the late Qing (Manchu) dynasty under the dictatorship of the Empress Dowager when the nation was weakened by corruption and intrigues within the palace city and invasions by foreign powers. The young Emperor Guang-xu's hands were tied. His ambitious reform ended in a coup d'etat due to a betrayal of a minister whom he entrusted. And he was thus confined in a deserted old palace building at Ying-tai, an island within the Forbidden City. Only his personal eunuch was allowed to be with him. The Emperor favored his consort Lady Chen and ignored his Empress who was chosen by the Dowager. This roiled the Dowager who eventually imprisoned Chen in a "cold palace," another deserted old palace building. 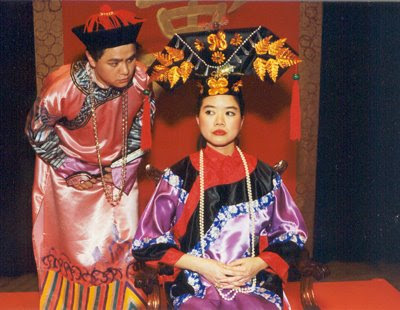 In 1894 a war broke between China and Japan, after years of unrest. Defeated by Japan China was forced to sign the Shimonoseki treaties under which China had to pay Japan a huge sum of indemnity, ceded the islands of Taiwan and Liaodong peninsula, opened 5 ports and interior rivers for Japanese trade. The weakness of the China was completely revealed to the Western powers who formed an allied army and invaded Beijing. The Dowager led her entourage to escape the Capital. She forced the Emperor to go with her and ordered Lady Chen to be thrown into a well. 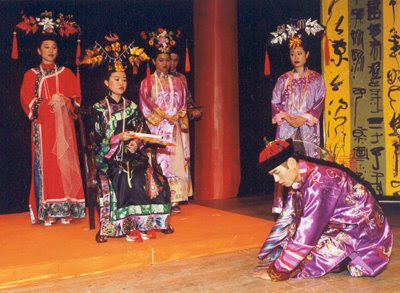 The Wild Land was an English adaptation of a play by Cao Yu written in the 1930s. It is a part of a trilogy through which Cao expressed his indignation against such social ills as oppressions and hypocrisy. He encourages one to revolt because he is convinced that only those who dare to revolt are masters of their fate. 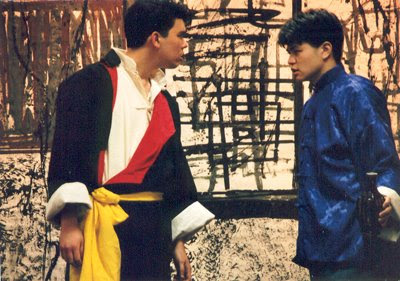 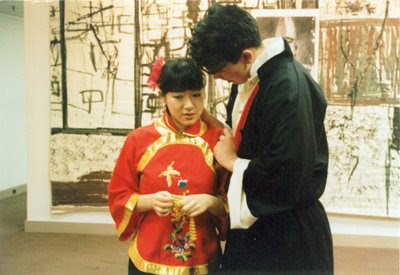 Tell us about your novel. What is it about? When do you expect to finish it?

The one I am writing is my first novel. Tentatively the title is America, America, same as the play that had been published. I may change it though. It is a story of the Chinese people from China, Taiwan, and other parts of Asia as well as those born in America, their outlooks, aspirations, struggles, successes, failures. What is America to them? Why are they here? What are their views of many issues exist in this society? These are woven in the tapestry of several main characters stories.

It is near completion.


Your writing crosses different fields, from academic to dramatic to fiction and poetry. Are the techniques and style similar or quite different?

I suppose they are different in may ways and similar in some. The academic writing is the most serious kind that requires thorough research, exhaustive bibliographical references and most importantly a unique and fresh view on the subject. Dramatic work, poetry and novel are creative writing. The writer has the freedom to create, in some cases such as Within The Forbidden City that is a historical drama, research was needed, but far from the extent of, say, a book about the last era of the Manchu dynasty. While the main events were based on history, the details and the episodes were concocted. Same is true with a novel.

A play, a conventional play anyway, is restricted by the three walls and the space contained by those walls, the limited possibilities of scenes, and the number of characters to appear on stage. A stage play does not have the fluidity of a film. It must be more compact. The dialogues must be purposeful. Otherwise the tension of the plot may be loosened. Many parts of the story are implied, behind the scene, so to speak, rather than presented on stage for the audience to see. A novel has much more latitude. It has unlimited space and locations. It allows a large flexibility of the number of characters, complexity of plots, and the length for the story to be told.

Before started the writing, I put down a sort of an outline for the story, a character chart. As I proceeded, the outline changed a little, more character were added, I kept a note on the development of the story each time I progressed. Before approaching the finishing line I already edited some here and there. Of course when it's completed I will edit it again.


Would you care to let our visitors know where you are based and your contact info?

Sure. I am based in Newton. My email address is zhurong.playwright@gmail.com