My name is Shiau-Peng Chen. I was born in the Penghu islands, Taiwan. I am currently based in Melbourne, Australia. My interest in making art started when I was a child. At that time, I enjoyed the freedom of drawing whatever I wanted to (perhaps just like most of the kids). But no matter what I made on paper or drew on the wall, my parents would always compliment me with the expression, “Great!” So, I began to believe that I am really good at art. I kept the hobby of drawing throughout my high school days. I then decided to study art in university. I attended Taipei National University of the Arts in Taipei from 1994-1999 and Pratt Institute in New York from 1999-2001. My focus of studies was Printmaking and Painting.

I did some teaching at Taipei National University of Arts and Chung Yuan Christian University a couple of years ago. Teaching is probably the only job that I have ever had.

I like listening to music, watching films, visiting galleries and hanging out with good friends.

Currently, what type of job(s) you do besides making art?

I do not hold any full-time position at the moment. I am doing my doctorate in Fine Art at RMIT School of Art in Melbourne, Australia.

How would you describe your work to first time viewers? Can you discuss your process in general? What techniques and materials do you use?

To first time viewers, I might hint that my work is not an absolute abstract work. Generally, I study and test different ideas before I paint them with acrylic on canvas or paper.

Please tell us about the newest work series you’re working on (in 2009). Are you planning any exhibitions of this newest body of work in the near future, and where/when?

The newest work that I have created is My Batchelor Series which consists of five series. It is derived from my understanding of British artist David Batchelor’s writings and artworks. I am currently showing partial works of My Batchelor Series at SNO Contemporary Art Projects in Sydney. This exhibition is on display thru September 26. 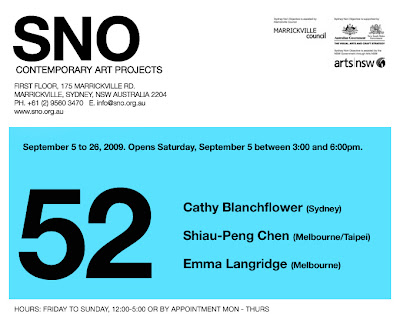 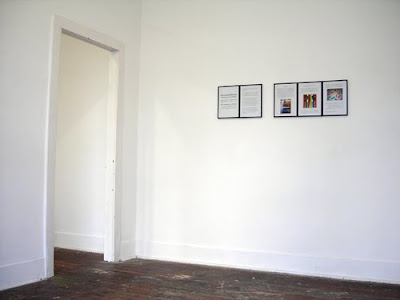 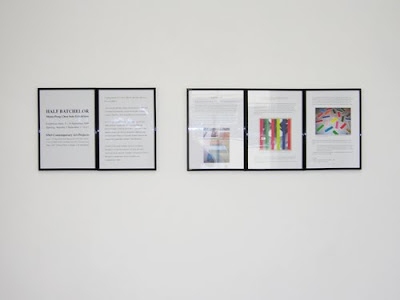 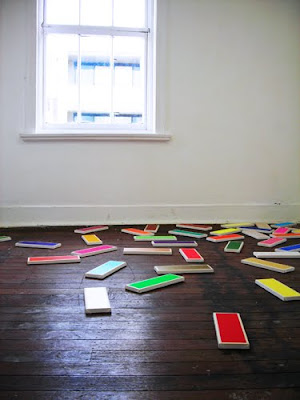 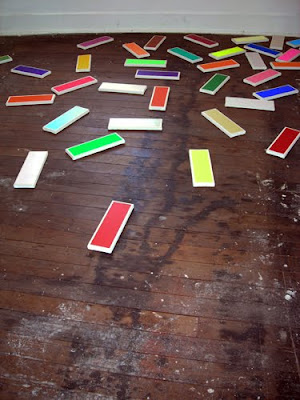 What are the thoughts and inspirations behind the creation of the “China Series"?

I was motivated to create China I as a reflection of Taiwan’s presidential election held in March 2008. I used the colours that represented the political parties as a symbolic element to show progressive political movements through time.


The structures of China III are logical derivations of China II. I just thought of giving the viewer a freedom to express their own ideas, so I made it into wooden blocks so that it can be assembled or scattered.


China IV emphasizes the same idea through the medium of painting. The work functions as a mirror to allow a viewer to decide their own political stands.

Please tell us about the "Melbourne Series" you worked on in 2007-2008. I am particularly intrigued by "Flying Machine above VCA" and City Frame". What is it that inspires you to paint this series?

Melbourne Series is based on my living experience in Melbourne, a city where I had newly arrived in early 2007. I wanted to use a new approach to my paintings, so I added many other elements such as records, flatness, etc,. to create Flying Machine above VCA Series and City Frame Series. As you can see, many images are derived from actual landscapes, and most of them have a logical associations between each other. 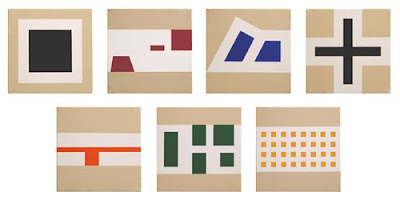 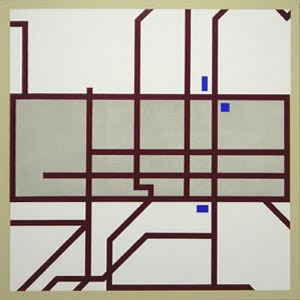 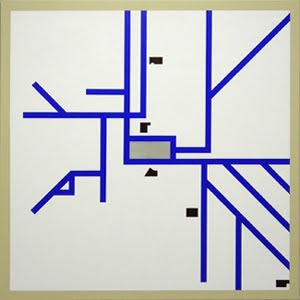 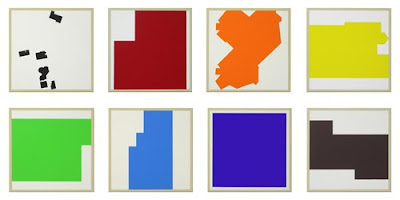 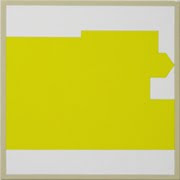 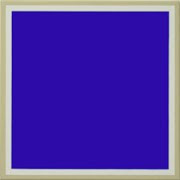 Painting#4 and #7 of the 8 paintings from City Frame Series III .
Image courtesy of Shiau-Peng Chen.


Would you talk a bit about "Universality Series? Could you tell us how does it all start? What is the specific message you strive to convey to your viewers?

In Universality Series, I used sequence to show a continuous progressive transformation. Every painting is related to each other pictorially. Through its abstract shapes, the form of one painting acts as the starting-point for the next. 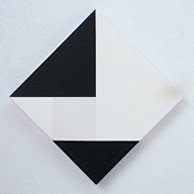 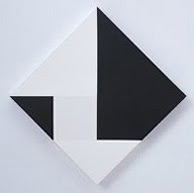 
For example, in series 0A-0B, the painting 0B is a continuation of 0A. Its colour is identical to 0A, but structurally more complicated to re-enforce the relationship between positive and negative space.

The final series 5E-5O, of the Universality Series, is a work composed of wooden blocks of various geometric shapes which correspond to the individual geometric components of 0A-0F. 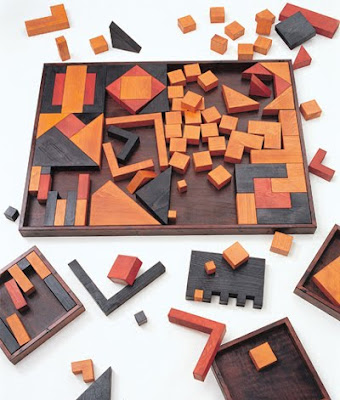 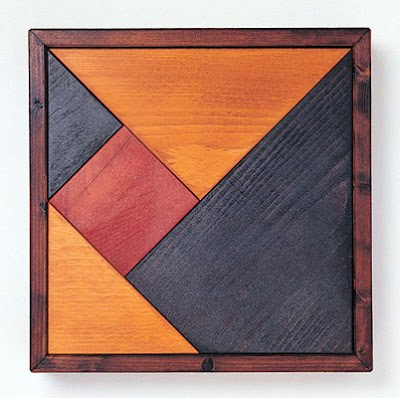 “Even a two-year-old child can paint that.”


Do you have website and/or any web presence for interested readers to learn more about you and your work?


Finally, is there anything else you would like to say about your art?

Well, not really. But to anyone who is not interested in forms, subjectivity, abstraction and representational inconsistencies, my painting will really look like a two-year-old art work, as I have laid my works “bare” to bring those issues out.