First of all, would you please introduce yourself to our readers that might not be familiar with you and your photography work? 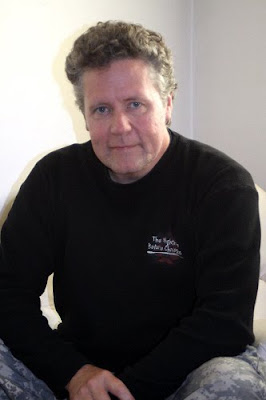 Don Feeney, the Photographer. Image courtesy of Don Feeney
My name is Don Feeney and I photograph the past as it exists in the present amid the last remains of World War II, the abandoned Coast Artillery bases that dot the coastline of southern New England. 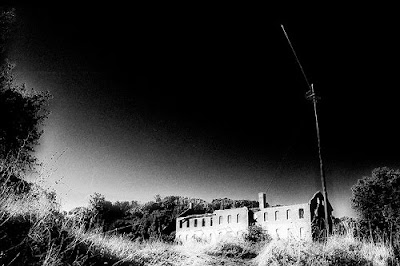 I currently live in Worcester, Massachusetts, but I am originally from Boston. I graduated from the School of the Museum of Fine Arts, Boston, where I concentrated on mixed media collages and assemblages. Many years later when I became interested in photography, I took one very informative class at the Worcester Center for Crafts.


What type of job(s) have you had in the past?

Like many artists, I have worked in a wide variety of jobs while trying to balance the need for financial survival with the drive to create artwork. Primarily, I’ve worked in the printing industry with an eye towards ultimately getting access to the equipment that I needed to complete my earlier style of work, which relied heavily on xeroxed reproductions of found photographic images. But of all my various- and disparate - jobs over the years, I am most proud of the four years that I spent in the human services field, providing direct care for children in crisis.

I was at the lowest point of my artistic career actually. I had come through a long and difficult period where I was not doing any artwork, and which culminated in a two-year span where I was literally blinded by a bizarre eye injury. When I tried to return to doing art as I had been accustomed to, I was confronted by the inability to do anything. Out of complete desperation I turned to taking pictures in an attempt to shake something/anything loose.


What do you do for fun besides photographing?

I really enjoy being at home with my partner, Sinéad, and my attention-hungry Australian Shepherd, Jackson. 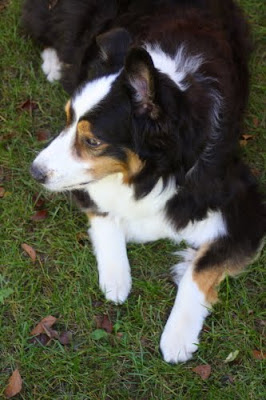 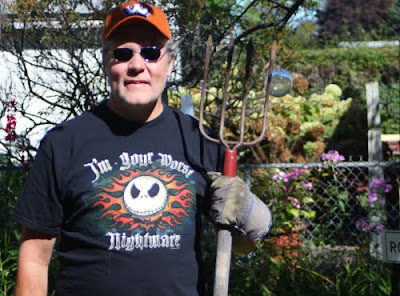 I’ve developed a real interest in gardening (must be the imprisoned dictator inside me), and I revel in the ribald thrills of plastic modeling. 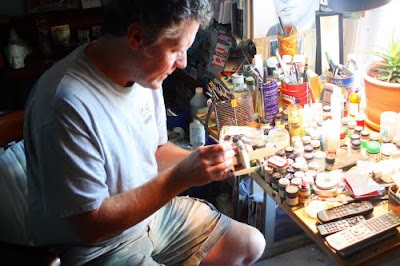 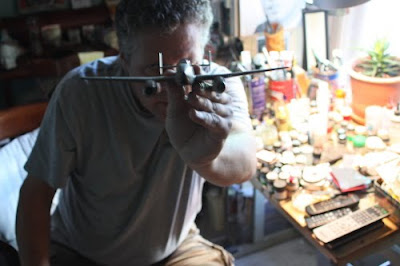 While not savoring the domestic pleasures, I have a keen interest in good rock’n’roll, films, politics and history, and the great game of baseball.


What are the thoughts and inspirations behind the creation of the Forgotten Sleep of Concrete Soldiers series? 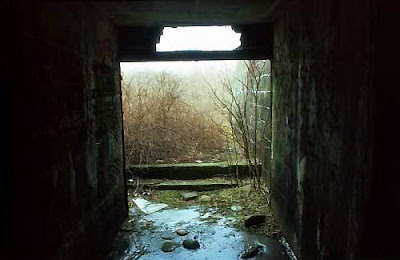 There are so many different influences on, and layers of meaning in, these pictures that it would be hard for me to list them all. I cannot emphasize enough how much the actual places that I photograph, these last remaining vestiges of the long gone Coast Artillery Corps, were themselves the seminal impetus for this project. 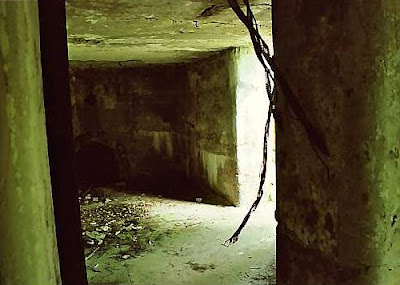 Mostly on account of the remarkable light that suffuses these spaces did it feel to me as if I had discovered a seam in time, where the distant moment when the nuclear weapon was unleashed in 1945 was preserved in light, like the geological remains of the dinosaurs are preserved in stone. 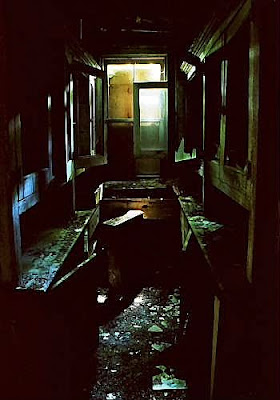 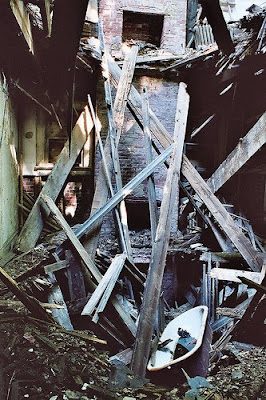 I combined this with my own personal memories of a recurring nightmare, in which an abandoned, empty room was the most terrifying thing of all, in order to create a World War II story that would not only be symbolic of the birth of our current culture, but would also not in any way feed the savage urge for war. 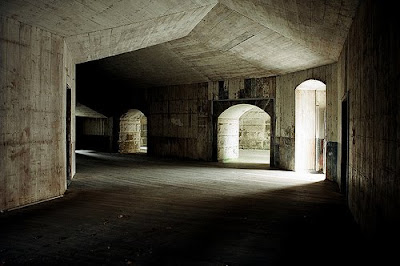 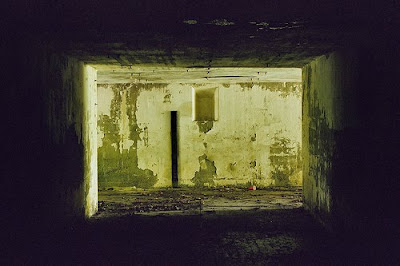 What is the most interesting comment on this new series you have heard from a viewer? 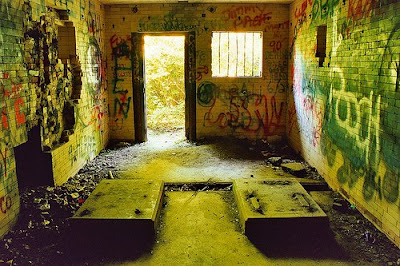 I think that it is interesting that most people who see these photographs can’t believe that this is actually what the sites look like. 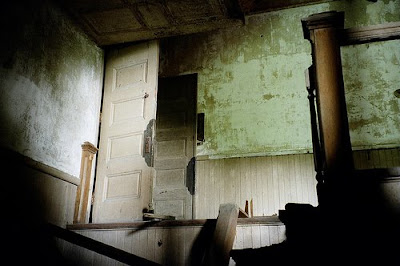 They are amazed that these are the real colors and that this is what the light actually does. All of these pictures exist pretty much as they were originally shot in camera, with little if any varnishing or polishing after the fact. 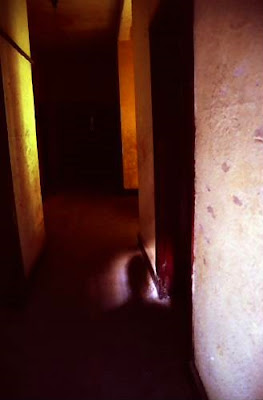 
Can you discuss your process in general? How do you plan for your shooting sessions? What production equipment do you use? (Production Equipment: Please list the production equipment that you use on a regular basis (e.g. Cameras, lenses, flash & lighting, photo editing software). 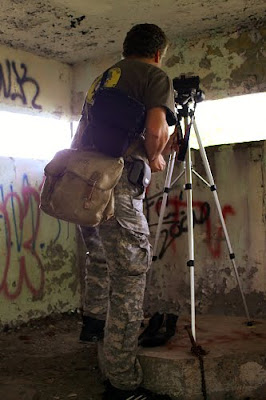 My process is really the journey itself. As photographing each of these forts involves traveling at least over 100 miles in a day from my Worcester home, I need to plan every shoot with consideration to transportation, weather, and the number of supplies (including food and water) that I can carry over difficult terrain. 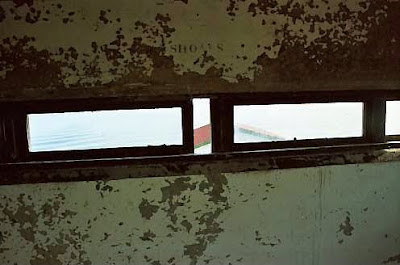 I also have to work within a fairly limited budget. I study history, maps and even satellite imagery in advance of any shoot, and when I arrive at the location I immerse myself in my role like an actor until I am physically and mentally exhausted. 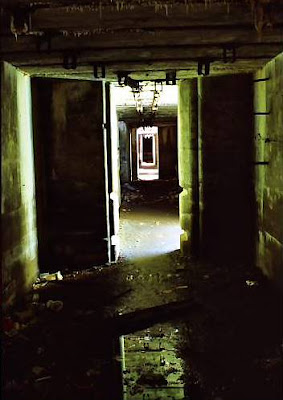 I use very basic camera equipment, no filters, mostly regular Kodak 200 film, natural light and I usually use Picasa to make slight refinements to the original scanned images. Post-production, as it were, is not that important a part of the process at all really.


Are you currently showing, or planning any exhibitions of this body of work in the near future? If yes, when/where? 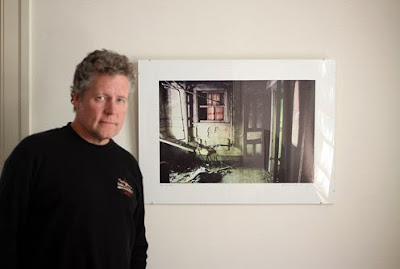 Don and his work. Image courtesy of Don Feeney

I currently have work on display at Harvard University at the Harvard Neighbors Gallery as part of a two-person show. The show is up through September 28th. 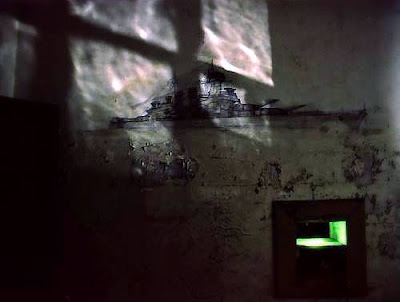 Between the Windows Of The Sea, 2008, Ink Jet Print of Color Photograph, 13” x 16”
Image courtesy of Don Feeney

Because the gallery space is utilized by the Harvard Neighbors program viewing is by appointment so interested parties can contact Jacoba Von Gimborn at 617-495-4313 or contact me at edseladdamsphoto@yahoo.com to make arrangements.


How have you handled the business side of being a photographer? 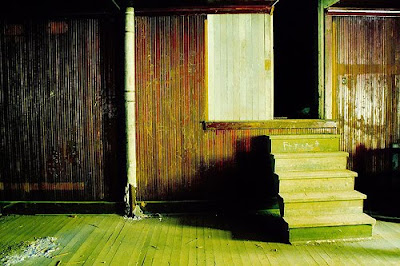 I see it as my responsibility to myself and to my subject matter to do what it takes in order to get these images seen. I think that images speak for themselves and I have no problem in viewing them as a marketable commodity.

Where do you see yourself in 10 years?

If I’d have answered this question 10 years ago I would have been totally wrong so what can I say?

Any advice or tips would you give to a photographer who has just starting out in photography?

Don’t be afraid of being awful. Keep taking pictures, pursue your own vision and it will come to you.

Is it possible to purchase your prints and, if so, where? Are you available for commissioned works? 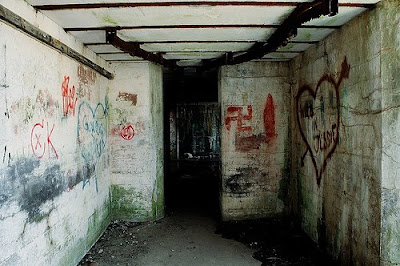 Absolutely. Anyone interested in seeing more from The Forgotten Sleep of Concrete Soldiers can check out my flickr.com page at: www.flickr.com/photos/edseladdams or they can contact me at edseladdamsphoto@yahoo.com. I am certainly open to any commissions.


Finally, is there anything else you would like to say about your photography? 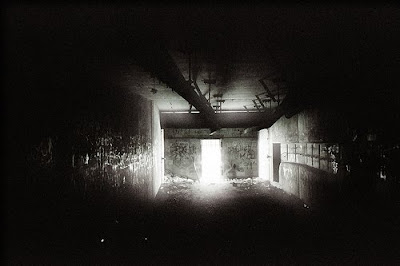 I’ve realized for a long time that no matter what I had in mind about a picture that the viewer frequently saw it in a fascinatingly different way. With this work I have tried to leave all of the doors open to interpretation so that everyone can take away their own narrative about the forgotten sleep of concrete soldiers…